Today is Queen Elizabeth's 90th birthday. To commemorate the day, I thought it would be interesting to show one of the houses that the Queen herself owns (versus the ones that are owned by the Crown) - Sandringham House.

Sandringham House was built in the 1870s, and has been a private home for the British Royal Family for four generations. The Queen spends Christmas through February at Sandringham House, and this is where many members of the Royal Family gather for Christmas celebrations.  It is described as neo-Jacobian in style. 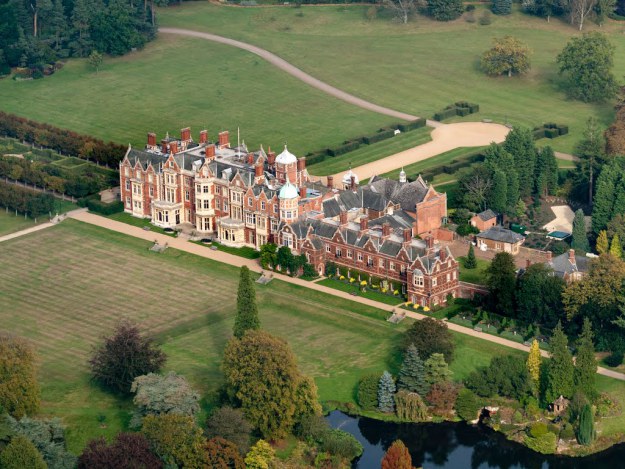 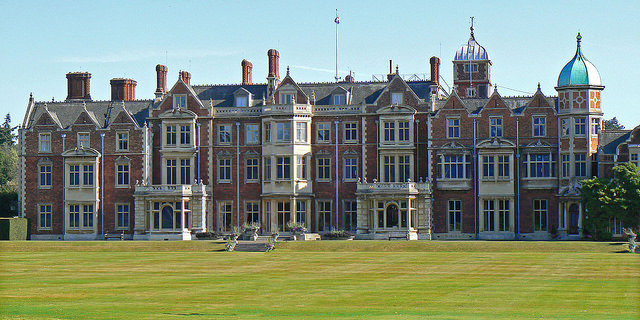 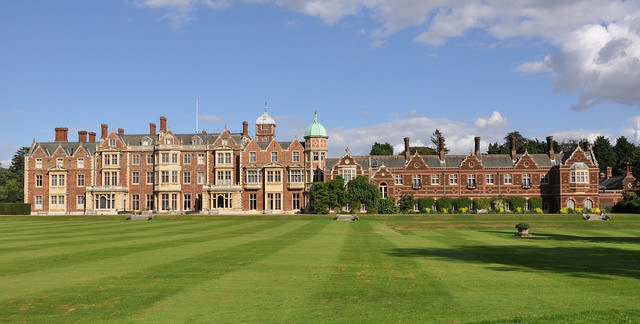 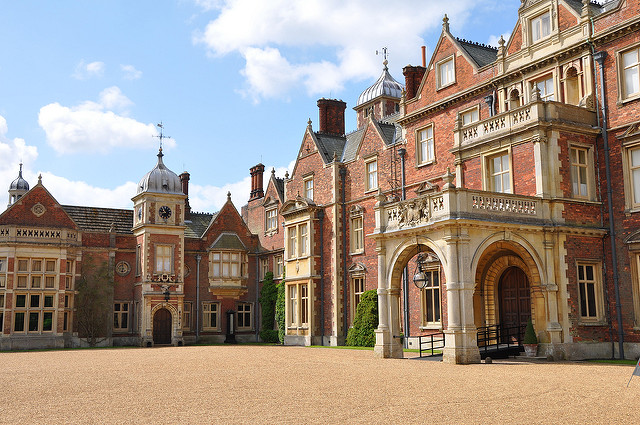 The details of this beautiful house can be appreciated in this image, found on flickr. 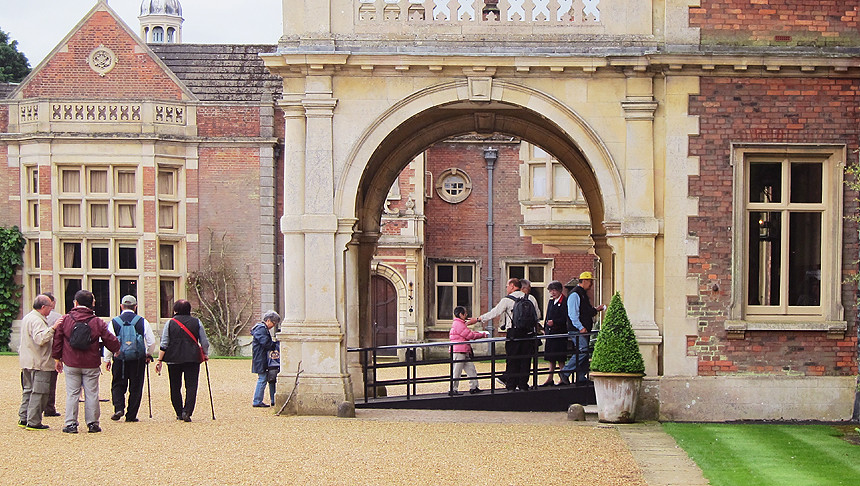 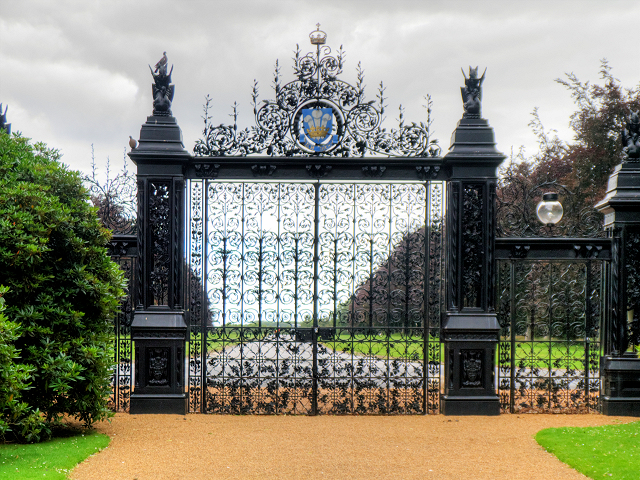 The Norwich Gate, the formal entrance to the estate.  Image Source. 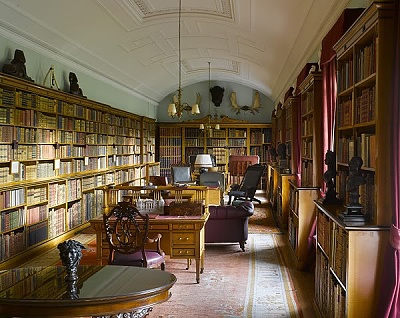 Sandringham library, which is noted as being a former bowling alley. 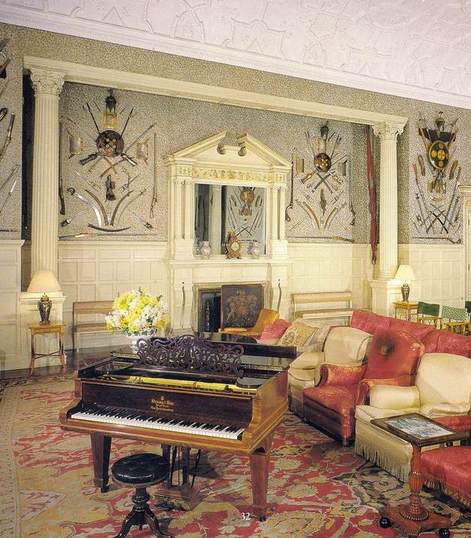 The ballroom, which is also used to view movies. Note the chairs lined up! Image source 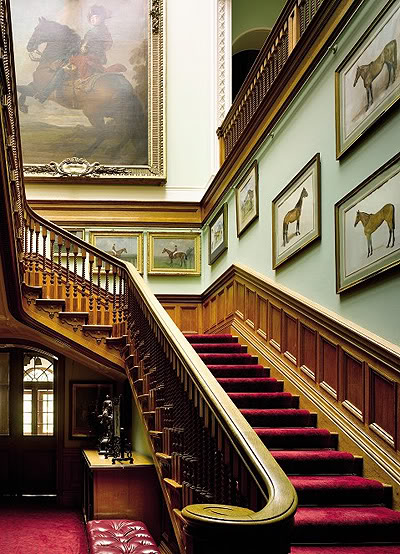 A beautiful staircase at Sandringham House.
. 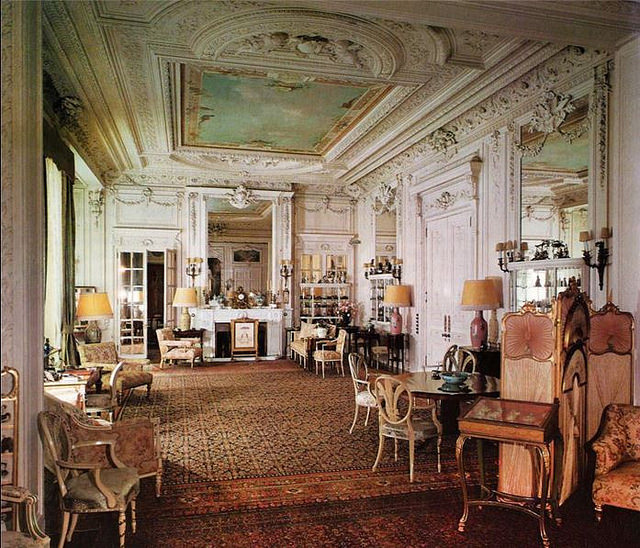 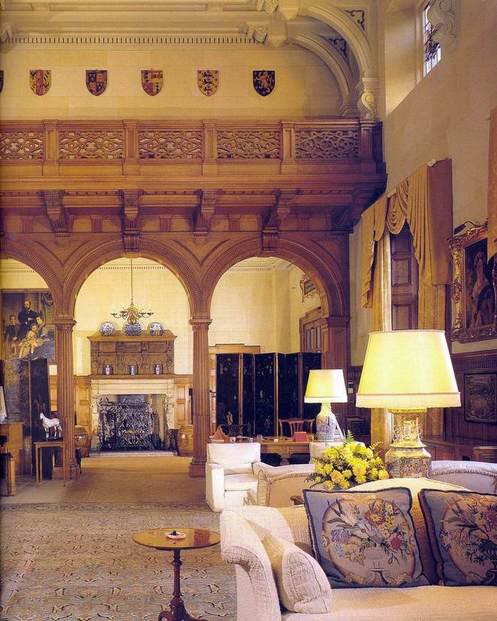 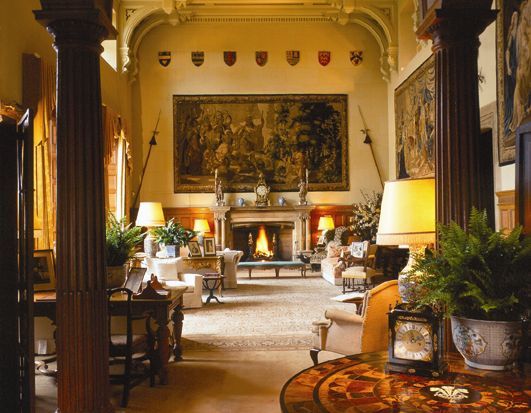 View through the arches at the other side of the Saloon. 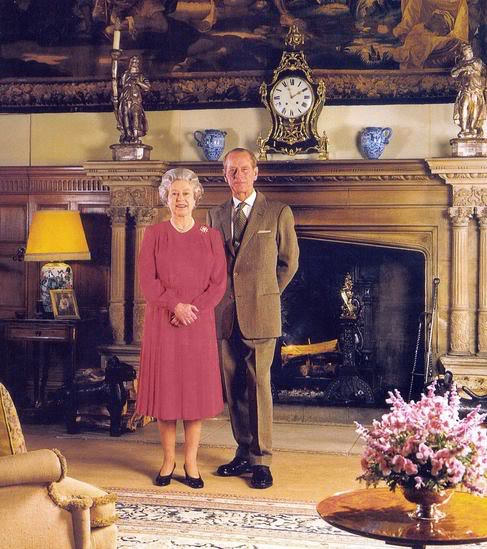 A picture of Queen Elizabeth and Prince Philip in the Saloon. Image source.

Certain areas Sandringham House are open to the public during the summer. I am going to have to put this on my list of places I would like to see over the next 10 years!

Thank you for your comments! I strive to make my blog positive in tone, and appreciate the same courtesy when comments are made. Thank you!